Yes, it is a "long" read, but c'mon-- you're read more news articles and Reddit pages or rants on Facebook that are longer than those chapters. You can do it!

I won't summarize the plagues for you here, because I really do want you to go and read that passage. It is important for the follower of Jesus to be studying the Scripture diligently. As you're reading, make note of the plauges:

Did you know that each of the plagues are literal (actually happened), but also symbolic (for a purpose)? This section is known widely as the "Battle of the Gods." For example: One of the gods in Egypt is centered around Sun-worship, Ra. What does God do to the sun? And ultimately, Pharaohs are worship as gods in Egypt. How does the God of Moses (Yahweh) challenge Pharaoh in the last plague?

This should be a helpful guide to navigate between the plagues/gods of Egypt. Check it out!

Ok. Fast forward to the world today. Who/What would you say we "worship" today?

...and do you think God is going to sit down and mope because He got defeated by this new "god" called "Science"? I don't want to make it sound like Christians cannot believe in science or that science and religion are somehow opposites of each other. Theology is the study of the Creator and science is the study of His Creation. Without God, there is no science. The problem arises when we idolize ourselves in thinking that we are in large and in charge due to our own knowledge of science.

I am the Lord; that is my name;
my glory I give to no other,
nor my praise to carved idols.

Yahweh will not share His glory with others.
These past few months, we've seen doctors disagree with one another. We've seen people fight about the science behind whether or not masks work and whether that means we should mandate it or not. We've seen virologists and epidemiologists struggle to figure out what's going on. We've seen people lose hope in the CDC and WHO... two organizations that were held in high regards at one point. On a worldwide scale, it doesn't seem like anyone has Covid-19 truly "figured out." But wait... there's more...
There are talks about a second wave caused by a mutated strain. If a country had it "figured out," are they ready for this?
Soon, there will be vaccines. Get ready for more confusion.
[NOTE: It is important to me that you understand that I'm not pointing fingers at any party/politician/doctor/group when I am calling out society's "god." It's not one person/persons, but the idea of it as a whole]
Exodus 7-12 gives us a fresh and comforting view of this pandemic: looks like the "science" that we had put our faith in is failing us greatly. The world mourns at this realization because their foundation has been shaken. For a believer, it is a thing to rejoice! God sent a plague not to curse us, but to liberate us! He is pulling the curtains back on all our "science" and it looks like the Tower of Babel all over again. Christians: our God isn't losing-- He is winning!
The next time someone says, "If there's a God, then why hasn't science found any proofs?" Remind them that science has barely figured out this virus!
This should cause us to pray:
May we step back and watch God move throughout "Egypt" and cheer/celebrate that "Pharaoh" has been shaken! Church, be ready to declare to the world who the true God is-- the One who defied our understanding of science/nature and has resurrected from the dead!

Revision: I had originally written this devotional on Monday, August 31st, 2020. The Gospel Coalition published an article on Sept. 1st quoting a studying that found "21.5 percent of non-Christians have started reading the Bible or listening to online sermons during the pandemic. In God’s providence, COVID-19 has opened up many to the truth and hope of the gospel."
Amen!

Popular posts from this blog 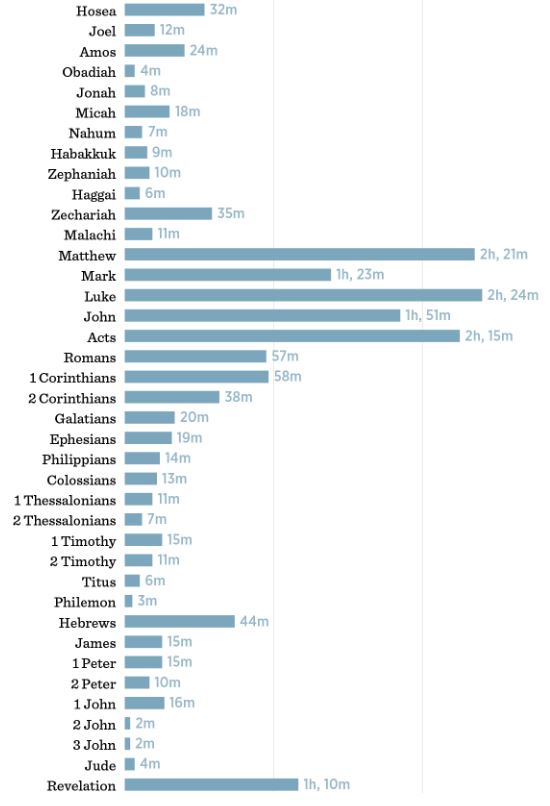 The past few weeks gave us a rare glimpse inside the ER. Gowns, masks, gloves... it is quite scary and looks more like a movie set than the ER we used to know. Next time, look closely. There have been nurses/doctors inscribing Psalm 91 on their gowns. What's the significance of this? It is a Psalm of protection. Let me highlight a few verses for us to examine:

"For he will deliver you fromthe snare of the fowler
and from the deadly pestilence." (Psalm 91:3, ESV)

"You will not fearthe terror of the night, nor the arrow that flies by day,
6 nor the pestilence that stalks in darkness,
nor the destruction that wastes at noonday." (Psalm 91:5-6, ESV)

"Because you have made the Lord your dwelling place—
the Most High, who is my refuge—
10 no evil shall be allowed to befall you,
no plague come near your tent." (Psalm 91:9-10, ESV)
This sounds like a great promise! It is reassuring in knowing that God is able to save His people from all this. However, I caution us to …
Read more

3 Examples from History of Psalm 91

April 01, 2020
Last week's blog was an encouragement to "Shelter-in-Palace" and not just "shelter-in-place." The reminder in Psalm 91 is to make God our place of refuge and safety. In doing so, there is a move of God to deliver His people, even from diseases. Do we see this in history? Yes! Here are three examples where Psalm 91 has encouraged believers. Note how their faith and protection led them to love on their community:

Charles Spurgeon "In the year 1854, when I had scarcely been in London twelve months, the neighbourhood in which I laboured was visited by Asiatic cholera, and my congregation suffered from its inroads. Family after family summoned me to the bedside of the smitten, and almost every day I was called to visit the grave. I gave myself up with youthful ardour to the visitation of the sick, and was sent for from all corners of the district by persons of all ranks and religions. I became weary in body and sick at heart. My friends seemed falling one by on…
Read more

June 17, 2020
It is quite intimidating to think about how Jesus entrusted us humans to proclaim the Gospel to the whole world. The task of making disciples of all nations is daunting.
Matthew 28:16-20 16 Now the eleven disciples went to Galilee, to the mountain to which Jesus had directed them.17 And when they saw him they worshiped him, but some doubted.18 And Jesus came and said to them, “All authority in heaven and on earth has been given to me.19 Go therefore and make disciples of all nations, baptizing them in the name of the Father and of the Son and of the Holy Spirit,20 teaching them to observe all that I have commanded you. And behold, I am with you always, to the end of the age.”
This passage is known as the the "Great Commission." Actually, just verses 18-20 are memorized and preached. We often miss verses 16-17 though. There are two key characteristics that we see in those two short verses:
They went to the mountain that Jesus had directed them. This shows that they were obedient…
Read more